This book is timed to appear with the release of Kubrick's new film, Eyes Wide Shut, his first movie since Full Metal Jacket in 1987. The decade-long gap between projects is, by the author's reasoning ... Tam incelemeyi okuyun

John Baxter is a film critic, novelist, biographer and broadcaster (born in Australia), whose film books include The Hollywood Exiles, Stunt: The Great Movie Stuntmen, An Appalling Talent: The Life of Ken Russell, Science Fiction in the Cinema, The Cinema of John Ford, The Cinema of Josef Von Sternberg, Fellini and Bunuel. His Steven Spielberg: The Unauthorised Biography was published by HarperCollins in June 1996. 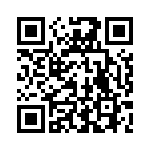