Hakan Yetkiner, Associate Professor of Economics, vice-dean of Faculty of Economics and Administrative Sciences, and the director of Research Center EKOLIDER, received his B.A. in Management from Middle East Technical University (METU) in 1989. He holds two master degrees: M.S. in Economics from METU, and M.Sc. in Economics from London School of Economics. Professor Yetkiner was also awarded two doctorate level degrees in Economics, from METU and from the University of Groningen, the Netherlands. After graduation, he spent two years at Hamburg University as a post-doctoral researcher. Since September 2004, he has been affiliated with Department of Economics at Izmir University of Economics. In addition to one textbook and two edited books, Professor Yetkiner has published a wide range of articles in national and international journals. As director of EKOLIDER, Professor Yetkiner has played a leading role in the organization of over 15 conferences, at both national and international level.

Mehmet Teoman Pamukçu is Associate Professor affiliated with the Department of Science and Technology Policy Studies at the Middle East Technical University, Turkey. He holds a BA degree in economics, a MA degree in econometrics and a Ph.D. in economics from the Free University of Brussels . He worked on issues relating to the emergence and development of information society, on labor market polices and on the determinants of innovation activities of firms in developing countries. His current research interests are foreign direct investment, clusters of enterprises and their impact on innovation and economic development. He has published articles in journals and chapters in books. M. Teoman Pamukçu is a Research Associate of the Economic Research Forum and a member of the board of management of the International Joseph A. Schumpeter Association

Erkan Erdil received his bachelor degree in Political Science and Public Administration and Master Degree in Economics from METU. He continued his Ph.D. Studies in Economics in Maastricht University with the Nuffic Scholarship and received his Ph.D. degree in 2001. He has got another Ph. D. Degree from METU economics Department in 2004. He was granted with the title of associate professor in 2005. He has been the member of METU, Department of Economics since 1992. He was the vice-chairman of Department of Economics for three years. He has been serving as chairman of Science and Technology Policies Research Center (METU-TEKPOL) and Science and Technology Policy Studies Department since 2002. He teaches Mathematical Statistics, Econometrics, Microeconomics, Technology and Industrial Strategy. His areas of interest are Technology Economics, Labor Economics, Health Economics, and Applied Econometrics. He is also national expert 7th Framework Programme, Research Potential and Regions of Knowledge. [Editor] 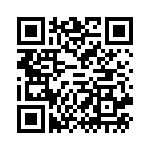