Chris Gainor, a historian of technology, is the author of "Arrows to the Moon: Avro's Engineers""and the Space Race," "Who Killed the Avro Arrow?," and "Canada in Space: The People and Stories behind Canada's Role in the Exploration of Space." Alfred Worden was an Apollo 15 astronaut. 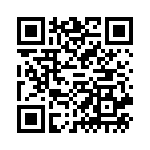