Sayfa 9 - ... because there has been implanted in us the power to persuade each other and to make clear to each other whatever we desire, not only have we escaped the life of wild beasts, but we have come together and founded cities and made laws and invented arts; and, generally speaking, there is no institution devised by man which the power of speech has not helped us to establish.
1928-2008 tarihleri arasýnda, 81 kitapta geçiyor 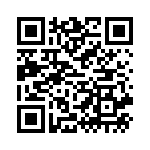