Go to hell: a heated history of the underworld

Stuffed with hell-related trivia, pop culture references, and commentary from B-list celebrities, this compact book could easily be dismissed as mere eschatological bathroom reading. But winding its ... Tam incelemeyi okuyun

Chuck Crisafulli, a writer and journalist, and Kyra Thompson, an Emmy-nominated documentary filmmaker, have collaborated previously on a variety of film scripts, teleplays, and series treatments. Crisafulli is the author of two nonfiction books, Teen Spirit and Moonlight Drive. As a freelance journalist, he has covered pop culture for the Los Angeles Times, the Hollywood Reporter, and Rolling Stone, and he was a contributing editor with Option magazine. Thompson's award-winning and -nominated documentary work includes Dying to Tell the Story, a film about war journalists, and The Good, the Bad, and the Beautiful, a history of women in film. They both live in California. 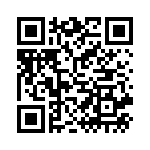