A must have companion for any aspiring animator, It's also an amazing help to comprehend the 2 dimensional flow and movement and its keys and pace for illustration. I read and re read it whenever I can or open it in a certain chapter to work a lot. Tam incelemeyi okuyun

If you're looking to do animation, as a career or for a one-time project, start here. Tam incelemeyi okuyun

Richard Williams is best known as the Director of Animation and designer of the new characters for Who Framed Roger Rabbit, for which he won two Academy Awards including a Special Achievement Award.

Canadian-born Williams has won three US Academy Awards, three British Academy Awards, and an Emmy among 246 international awards-- starting with his first film The Little Island in 1958.

In 1990 he was voted by his peers as "The Animator's Animator," and in 1995 he started giving the Richard Williams Animation Masterclasses for professionals and students worldwide in London, Hollywood, New York, San Francisco, Vancouver, Sydney, Hong Kong, France and Denmark.

He lives with his family in Wales and works as an independent film-maker. 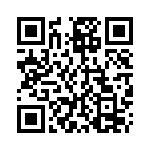