A fascinating and detailed, if sometimes speculative, look at the message of the constellations. Tam incelemeyi okuyun

Sayfa 1 - Because that which may be known of God is manifest in them, for God hath showed it unto them. For the invisible things of him, from the creation of the world are clearly seen, being understood by the things that are made, even his Eternal Power and God-head, so that they are without excuse...
1794-2008 tarihleri arasýnda, 468 kitapta geçiyor
Sayfa 30 - Of the increase of his government and peace there shall be no end, upon the throne of David, and upon his kingdom, to order it, and to establish it with judgment and with justice from henceforth even for ever. The zeal of the LORD of hosts will perform this.
1805-2008 tarihleri arasýnda, 729 kitapta geçiyor
Diđer
Sayfa 7 - Lift up your eyes on high, and behold who hath created these things, that bringeth out their host by number; he calleth them all by names by the greatness of his might, for that he is strong in power; not one faileth.
1800-2008 tarihleri arasýnda, 715 kitapta geçiyor
Sayfa 28 - Blessed be the Lord God of Israel; for he hath visited and redeemed his people, and hath raised up a horn of salvation for us in the house of his servant David; as he spake by the mouth of his holy prophets, which have been since the world began...
1661-2008 tarihleri arasýnda, 1021 kitapta geçiyor
Daha az 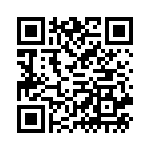