Jefferson Davis was born in Kentucky but grew up in Mississippi. After graduating from West Point in 1828, he served at frontier military posts and in the Black Hawk War. He resigned from the military in 1835. For the next 10 years, he managed his brother's isolated plantation in Mississippi. In 1845, he entered the world of politics as a member of the U.S. House of Representatives. Davis's reputation as a historian rests on one work - The Rise and Fall of the Confederate Government (1878-81), an account based in large measure on his own intimate experiences. Chosen by the provisional congress as president of the Confederate States of America in 1861, Davis faced criticism throughout his tenure. After Lee surrendered without his approval, Davis was indicted by the federal government for treason. Although he spent several years in prison, he was never brought to trial. In 1867, he was released on bond, and he retired to his estate, Beauvoir, on the Gulf of Mexico in Mississippi. There he wrote The Rise and Fall to vindicate the South in general and his presidency in particular. 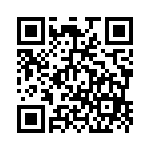