The latest in Terri Windling's Fairy Tale series is an adaptation of the story of Bluebeard, set in the Finger Lakes region of New York in the first half of the 19th century. I'm going to proceed on ... Tam incelemeyi okuyun

Another in Terri Windling's Fairy Tale series, in which a common story is retold. In this case, Frost chose to translate Bluebeard into 1840s America. Quite good. Tam incelemeyi okuyun

Sayfa 9 - And unto the angel of the church in Smyrna write; These things saith the first and the last, which was dead, and is alive...
1802-2008 tarihleri arasýnda, 400 kitapta geçiyor

Gregory Frost is the author of several well-received novels, including the fantasies Tain, Renscela, and Lyrec, and the SF novel The Pure Cold Light. He lives near Philadelphia.

Series creator Terri Windling has been a champion of adult fairy-tale fiction for over two decades, editing such anthologies as The Armless Maiden and the Snow White, Blood Red series with Ellen Datlow.

Series artist Thomas Canty has worked on many fairy-tale collaborations with Windling, in-cluding all the volumes of this series. 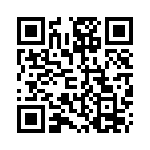