Michael Heatley is a journalist and musician of 30 years' standing who writes for Guitar and Bass magazine in Britain and has penned over 100 music books since editing the History of Rock. He has met and interviewed guitarists as diverse as Slash (Guns N' Roses), Jimmy Page (Led Zeppelin), Brian May (Queen), Mike Oldfield, Steve Miller and Steve Vai. He's based in the UK. 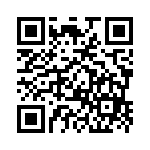