I have struggled with this issue for several years. In my black and white strong willed mind, I struggled not to disagree with several of my friends' decisions to become pastors and many friends who ... Tam incelemeyi okuyun

Grudem's title may be a bit inflammatory, but his argument is thorough and convincing. He illustrates through numerous example how the hermeneutical compromises necessary to adopt an egalitarian ... Tam incelemeyi okuyun

Wayne Grudem (PhD, University of Cambridge; DD, Westminster Seminary) is research professor of theology and biblical studies at Phoenix Seminary, having previously taught for 20 years at Trinity Evangelical Divinity School. Grudem earned his undergraduate degree at Harvard University, as well as an MDiv from Westminster Seminary. He is the former president of the Evangelical Theological Society, a cofounder and past president of the Council on Biblical Manhood and Womanhood, a member of the Translation Oversight Committee for the English Standard Version of the Bible, the general editor of the ESV Study Bible, and has published over 20 books, including Systematic Theology, Evangelical Feminism, Politics--According to the Bible, and Business for the Glory of God. 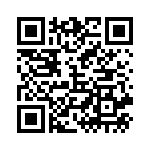