Julius Lipner is Professor in Hinduism and the Comparative Study of Religion at the University of Cambridge. He was born and brought up in India where he experienced and learned about Hinduism at first hand. Among his books are The Face of Truth (on Ramanuja), Hindu Ethics: Purity, Abortion and Euthanasia; and Brahmabandhab Upadhyay: the Life and Thought of a Revolutionary. He is the author of the keynote article in The Hindu World (Routledge 2004), 'On Hinduism and Hinduisms'. 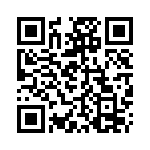