\Yitzhak Berger is Assistant Professor of Bible at Hunter College of the City University of New York. David Shatz, is Professor of Philosophy at Yeshiva University, Adjunct Professor of Religion at Columbia, and editor of The Torah u-Madda Journal, a journal devoted to the interaction between Judaism and general culture. He has published ten books and approximately fifty articles and reviews, dealing with both general and Jewish philosophy. His most recent books are Philosophy and Faith, Questions About God and Peer Review: A Critical Inquiry. He also is editor of the MeOtzar HoRav series, which is devoted to publishing manuscripts by the Jewish philosopher Rabbi Joseph B. Soloveitchik. 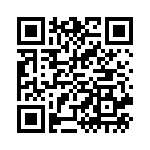