Sayfa 17
which he says , labor is not , as is suggested by these $ 22,352,443 ; an average of $ 1,380.98 tariff advocates , an incubus , hanging a year per worker . The statistics of on American industry and extorting the United States ...
Sayfa 159
Its provisions gave labor force . In order to bind the agrarians , every guarantee and left capital who were leaving destruction in their without mention . Let me quote a wake as they pillaged and burned few : baciendas in their quest ...
Sayfa 298
Her American Federation of Labor has a economic structure , machinery , prockeener horror of communism than esses and relationships had been has the American Bankers Associa- coagulated , largely by the efforts of tion . 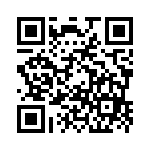