Window of the Soul: The Kabbalah of Rabbi Isaac Luria

Isaac Luria (1534-72) was one of the most important exponents of the Jewish mysticism of the Kabbalah in the modern world. For Luria, whose name and teachings led to the founding of a new school of ... Tam incelemeyi okuyun

James Dunn is professor of foreign languages at San Antonio College in San Antonio, Texas. His private and most passionate work for over 25 years has been Judaic mysticism and Jungian depth psychology. He is also a retired intelligence officer, who was decorated many times for distinguished military service. 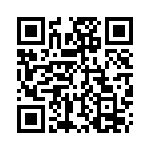