Sarah Carter, F.R.S.C., is H.M. Tory Chair and Professor in the Department of History and Classics, and Faculty of Native Studies at the University of Alberta in Edmonton. She is a specialist in the history of Western Canada and is the author of Aboriginal People and Colonizers of Western Canada to 1900, Capturing Women, and Lost Harvests. Sarah Carter was awarded the Jensen-Miller Prize by the Coalition for Women’s History for the best article published in 2006 in the field of women and gender in the trans-Mississippi West. 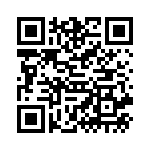