Waldo W. Braden, Boyd Professor of Speech at Louisiana State University, received his Ph.D. from the University of Iowa. He is the author of Speech Criticism (with Lester Thonssen and A. Craig Baird) and the editor of the Representative American Speeches series.

Waldo W. Braden is Boyd Professor Emeritus of Speech at Louisiana State University and a past president of the Speech Communication Association. He is the author of several textbooks and the editor of then volumes of Representative American Speeches as well as Oratory in the Old South and Oratory in the New South. 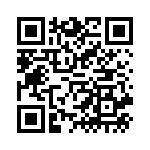