Sayfa 569
lin , Kerner , Hauff , Mörike , and so many other notable German poets , has always endowed its children with far more than the normal German share of poetic sentiment and sturdy love of freedom . That small part of Germany , which is ...
Sayfa 570
First and last , millions more of his works have been sold than of those of any other German writer . His poems are to be found in nearly every German home , however humble , by the Rhine or the Hudson , the Danube or the Mississippi .
Sayfa 863
This law works to the benefit of foreigners sailing from German ports , as well as of German citizens . The emigration of German citizens has decreased of late years , so much so that at the present time only between thirty and forty ... 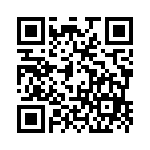