SIR WALTER RALEGH AND THE QUEST FOR EL DORADO

History books are more interesting if they tell a story. This is the story of Sir Walter Ralegh, explorer, warrior and ladies man. Tam incelemeyi okuyun

Marc Aronson is the award-winning author of a wide variety of nonfiction works for younger readers, including Sugar Changed the World and Sir Walter Ralegh and the Quest for El Dorado, which received the first Robert F. Sibert Informational Book Award. He edits and publishes young adult fiction in a special arrangement with Candlewick and lives with his wife and two sons in Maplewood, New Jersey. Visit him at marcaronson.com. 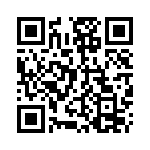