Ashraf Ahmad obtained his PhD degree in Computer Science and Engineering from National Chiao Tung University (NCTU) in Taiwan. He obtained his B.Sc. degree from Princess Sumya University for Technology (PSUT) in Jordan. Dr. Ahmad is currently an assistant professor at the department of computer since in PSUT, Jordan. His interest area includes multimedia semantic features extraction, and analysis, multimedia retrieval, and multimedia communication. Prof. Ahmad has authored over 40 scientific publications including journal papers, conference papers and book chapters. In addition, Dr. Ahmad has several US and international patents in his field of expertise. He serves in program committee for several international conferences. He is also a reviewer and referee for several conferences and journals. His work has been published and presented at various international conferences. Dr. Ahmad has been listed in Who's Who in the World for the year 2006 and Who's Who in Asia for the year 2007. In addition, He has been elected as one of the 2000 Outstanding Intellectuals of the 21st Century for the year 2006 for his outstanding contribution in field of Video Processing and Communications. Ashraf Ahmad has been chosen as one of the recipients of Leading Scientist award in the year 2006.

Ismail Khalil (http://www.iiwas.org/ismail/) is a senior researcher and lecturer at the institute of telecooperation, Johanes Kepler University Linz, Austria, since October 2002. He is the president of the international organization of Information Integration and Web-based Applications & Services (@WAS). He holds a PhD in computer engineering and received his habilitation degree in applied computer science on his work on agents? interaction in ubiquitous environments in May 2008. He currently teaches, consults, and conducts research in Mobile Multimedia, Cloud Computing, Agent Technologies, and the Semantic Web and is also interested in the broader business, social, and policy implications associated with the emerging information technologies. Before joining Johannes Kepler University of Linz, he was a research fellow at the Intelligent Systems Group at Utrecht University, Netherlands from 2001-2002 and the project manager of AgenCom project at the Software Competence Center Hagenberg - Austria from 2000-2001. Dr. Khalil has authored around 100 scientific publications, books, and book chapters. He is the editor of the Handbook of Research on Mobile Multimedia series, the book Mobile Multimedia: Communication Engineering Perspective, the book Multimedia Transcoding in Mobile and Wireless Networks, the book Innovations in Mobile Multimedia Communications and Applications: New Technologies and the book Advancing the Next-Generation of Mobile Computing: Emerging Technologies. He serves as the Editor-in-Chief of the International Journal on Web Information Systems (IJWIS), International Journal on Pervasive Computing and Communication (IJPCC) both published by Emerald Group publishing, UK, Journal of Mobile Multimedia (JMM) published by Rinton Press, USA, International Journal of Mobile Computing and Multimedia Communication (IJMCMC) published by IGI Global, USA, Advances in Next Generation Mobile Multimedia book series published by IGI Global, USA, and Atlantis Ambient and Pervasive Intelligence book series published by Atlantis and Springer. He is on the editorial board of several international journals. His work has been published and presented at various conferences and workshops. [Editor] 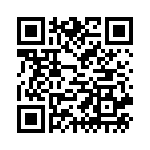