Sayfa 359
NICCOLŇ TOMMASEO , born at Sebenico , in Dalmatia ; studied law in Padua ;
settled in Florence , where he wrote for the Florentine “ Antologia , ” but was
forced to leave for political reasons ; fed to Paris in 1834 ; on returning to Italy
was ...
Sayfa 357
He also wrote Canzonette, a drama, prose dialogues, and critical essays. jacopo
vittorelli, born at Bassano, and held public offices at Venice; one of the last
representatives of Arcadia; wrote quantities of poems, among which some
charming ...
Sayfa 359
His Canti are patriotically inspired ; also wrote Epistolario. Giovanni prat 1, born
at Dasindo, near Trent; studied at Padua ; lived in Milan and Turin ; was banished
by the Austrians in 1848 ; last years spent in Rome in the Ministry of Public ... 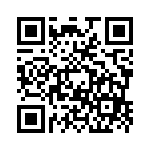